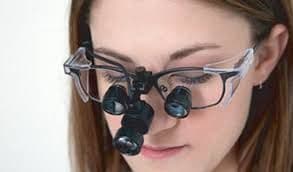 buildup occurs more often in older ears than those of the young, And when it goes unrecognized, it can pose serious problems, especially for people who live in nursing homes and care homes. The excessive amount [of earwax] can cause hearing loss or ringing in your ears. Some people experience vertigo, which increases the risk of falling. Earwax—which is not really wax at all, but a substance called cerumen that binds with dirt, dust and debris—is normally produced by the body as a way to clean and protect the ears. In most people, the self-cleaning process works fine.

But in others—including about 10 percent of young children, 20 percent of adults and more than 30 percent of elderly and developmentally disabled people—the wax collects to the point where it can completely block the ear canal. Up to two-thirds of people in nursing homes and care homes may suffer from that condition, known as impaction.

There are about 3 in 5 people in nursing and care homes that have some degree of impaction and most are completely impacted, impacted earwax can be a particular problem for patients with dementia. It exacerbates hearing loss, which can impede communication and worsen aggression and other difficult behaviors.